Home whiskey How Much is a Dram of Whiskey?

Anyone starting out with drinking whiskey will discover that one of the first things that they learn is that whiskey is drunk in drams, with the act being referred to as “dramming”. However they will also discover that a dram is actually a very flexible unit of measurement, which is why dramming with friends can be a lot of fun.

The Basics of Dramming

For your own personal use, a dram can be an amount of whiskey that suits you at the time that you drink it. However there are further ways to specify a dram’s size, and descriptors include terms such as “wee over healthy” and “stiff”. Which specification you choose to use can depend on all kinds of factors such as the pourer’s disposition, level of inebriation and current mood, which could lead to a rather more “stiff” drink at certain times. 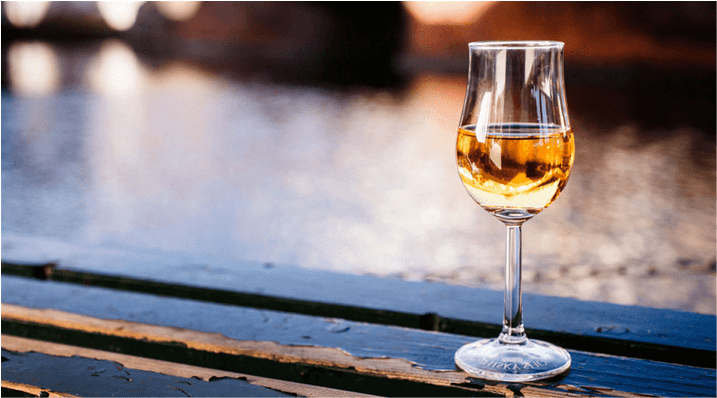 Free-handed pouring of reasonably sized, consistent drams can take some practice. As a beginner, you can use the level of the nosing glass where its diameter is widest as a point of reference to pour a good dram of a medium size. However you shouldn’t use this method on a tumbler with straight sides as they would be filled to the brim!

While free-poured drams are great for personal use, pouring whiskey for others isn’t always so easy. If, for instance, you want to sell whiskey by dram measures, you will need to be more specific about how big a dram actually is. This is complicated still further by the law in your country with respect to measure sizes.

What does the word “dram” actually mean? It actually comes from the Greek word drachm, which refers to an ancient weight of around 4.37g. As you see, the Pound Sterling isn’t the only currency which has been based on weight, however the Pound was always much heavier than the drachm.

A dram is specified as 1/16 of an ounce in the avoirdupois system of measurement, which equates to precisely 1.7718451953125 g. As whiskey isn’t sold by weight, we need to use the liquid version i.e. the fluid dram, which is specified to be 1/8 of a fluid oz. There are big differences between the Imperial and US systems for defining units of volume, so this results in a measurement of 3.6966911953125 ml in the case of an imperial fluid dram and 3.5516328125 ml if you are measuring out a US fluid dram. This measurement is rather small, and only gives the drinker about a sip.

Usually, people order whiskey in a pub would prefer a larger server, so the standard measurement in the USA is a US fluid ounce, or another multiple of 0.5 fluid ounces. In the UK, however, things can be more complex. In the past, the unit used for measuring drinks was the gill (or quarter pint) which is a fairly useless amount being too small for beer and too large for whiskey. Historically, spirits were served in either a sixth, a fifth or a quarter of a gill (or 35.5, 28.4 or 23.7 when measured in ml) with the fifth of a gill measurement being identical to an imperial fl oz. There could be regional variations in dram size, with the amount usually becoming bigger the closer the drinker was to London. 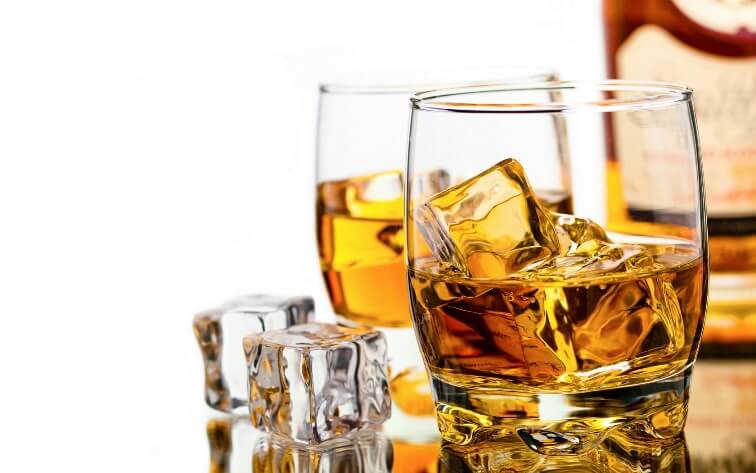 In the 1970s, Ireland and the UK chose to adopt the metric system at which time spirits began to be measured in millilitres. In Ireland, a standard dram remained at 35.5 ml (the same as a quarter gill) however in the UK, publicans can choose whether to serve a dram of either 25 ml or 35 ml.

Those countries that have a longer history of using the metric system don’t have to worry about the fractions and decimals, however drinkers can’t expect a dram in a bar in one European country to be the same as one in a different country as each country has their own tradition when serving spirits. In Germany, for example, a standard shot measures 20 ml, however in the case of whiskey, a measure of 40 ml is often served as it looks better when served with ice in a tumbler. In France, a standard shot measures 30 ml and so on across Europe.

It is therefore very difficult to define the volume of a dram thoroughly, as it has a very flexible volume depending on where you are ordering your drink.