We have all heard about whisky geeks who seem to have more money than sense and who are prepared to pay hundreds of thousands to get their hands on rare or unique spirits. Now, for those who long to savour a truly special whisky drinking experience, there is a particularly unusual offering on the market – a bottle based on the very whisky taken by Shackleton to the Antarctic during his famous expedition in the early years of the 20th century. 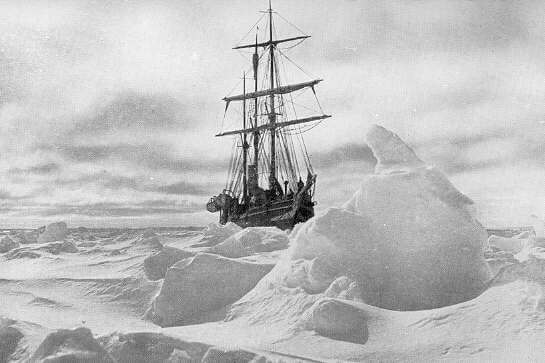 Most people know that in 1907 Ernest Shackleton headed to the South Pole on his ultimately unsuccessful expedition, however what they are usually not aware of is that he took with him 25 cases of Mackinlay Scotch whisky (as well as 12 crates of brandy and 6 crates of port – after all, he had taken along a hard drinking team!) 100 years after his failed journey, a team of conservation workers from New Zealand who were attempting to restore Shackleton’s original hut uncovered three cases of rare old Highland malt which had been frozen into the ice all these years. Why these bottles had been buried under the hut is the subject of much speculation, with some people believing that Shackleton himself put the crates under the ground before heading off to the Pole in 1908 hoping to drink them as part of a victory celebration upon his return. However many others believe that these crates were actually one of the team members’ secret stash – possibly belonging to Frank Wild who was well known to have an alcohol problem. When broken out of the permafrost, it transpired that these century-old bottles were all still intact with their contents perfectly preserved inside, and so one crate was loaned to the Whyte & Mackay distillery in Scotland. Now, the spirit inside has been analysed, and a replica has been manufactured that is said to taste exactly the same as the original, for which the recipe has now been lost.

Mackinlay whisky is no longer produced in Scotland, with production having ceased around 5 years ago. Today, the brand is now in the ownership of Whyte & Mackay, a well known Glasgow based company, and its owner, Indian businessman Vijay Mallya, was immediately excited to learn about the Shackleton connection. It was on his instruction that the ancient bottles were ferried home in his private plane – originally for scientific purposes, in order to assess whether or not it was a blend or a single malt, but also, most significantly, to attempt to recreate the original whisky that almost made it to the South Pole so many years ago. When the bottles, still wrapped in their original tissue paper, were opened, there were some worries as to whether or not the liqueur would have spoiled over the intervening years. However, those concerns proved to be unfounded. The liquid was actually still surprisingly clear and light in colour with a fragrant and mild taste that defied expectations. While the experts had expected to experience peaty or smoky flavours, instead they were treated to an elegant and light single malt with a fruity bouquet boasting notes of caramel and toffee.

When creating the revived whisky, the base has been formed on a Glen Mhor whisky with a hint of a Dalmore whisky for its subtle peaty flavour. At 43.7% it is stronger than the average dram, yet it tastes surprisingly similar to the original. Collectors are now able to buy a taste of the past for around $160 a bottle – a mere snip at the price. Shackleton would almost certainly have approved!